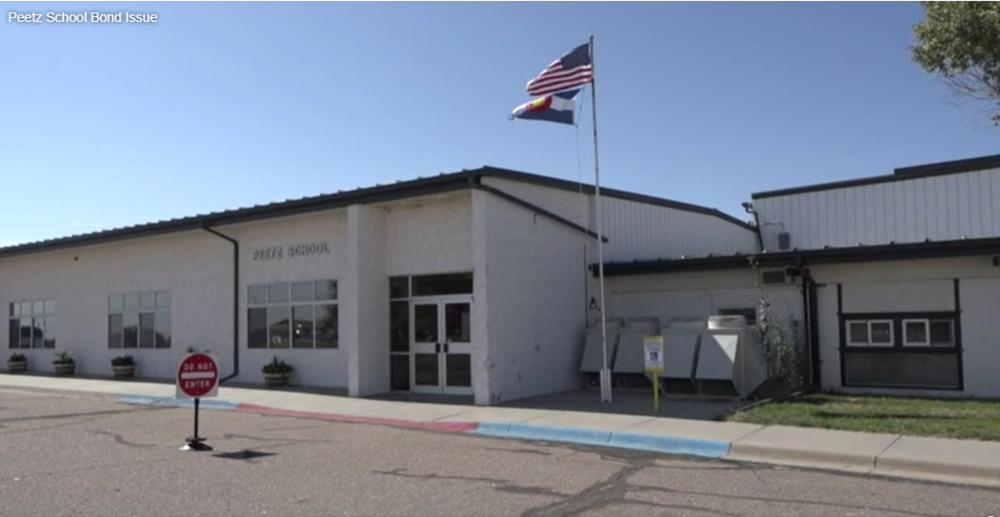 PEETZ, CO — Leaky roofs, safety and ADA compliance are just some of issues Peetz Public Schools is trying to fix.

Watch the video on this page - https://panhandle.newschannelnebraska.com/story/44865058/peetz-schools-to-take-dollar12-million-dollar-bond-issue-to-voters

PEETZ, CO — Leaky roofs, safety and ADA compliance are just some of issues Peetz Public Schools is trying to fix.

The small district in Northeast Colorado plans to ask voters to approve a $12 million bond in November. That along with a Building Excellent Schools Today (BEST) grant from the state would fund the repairs and upgrades.

Peetz K-12 Principal Mike Forster says it’s been in the works since the middle of last year.

"It's just a lot of accumulating issues that the building has," Forster said. "I believe the administration last year, along with the school board, just looked at it said 'It's time that we try.'"

The bond would be paid off over 20 years. The impact to residential homeowners would be an increase of $107.39 in property taxes per $100,000 of valuation. That's under $9 per-month.

The oldest existing part of the building was constructed during World War II. It’s been added on to since. Now the building shows its age.

"This is some of the storage we have [in the basement] and we still unfortunately have some signage up that does talk about, 'Caution: There's potential for asbestos,'" Forster said.

Even some of the newer parts of the school, like the main gym, is in need of repairs.

"We have moisture that's actually coming up underneath the gym floor," Forster said. "We've had times where our north wall actually sweats. What you see in the bubbling [in the floor] is because of that excessive moisture."

Safety is a major concern. This south wall of the preschool slightly bends when pushed. Water pools near school entrances when it rains. In the Winter, it leads to concerns of ice and slick conditions around the school. A band class had to temporarily relocate earlier this year when a student was in a wheelchair because there was no way for them to go downstairs to the band room.

"We did a test a couple of years ago with the sheriff department and the emergency response time is about 13 minutes," Forster said. "Though we would hope to say nothing could happen here in Peetz, you know, an active shooter situation is usually started and over in about 3-5 minutes."

Those issues just scratch the surface. Forster also described stories of finding birds, wasps and even snakes inside the building, screws coming loose from duct work in the gym on windy days and a teacher breaking her arm while trying to open a storm window at the school.

There’s hope for the future. A citizen committee has been created to keep the community involved. Forster says those meetings have been positive.

Next on the list is a meeting and providing tours to the community on Friday, October 8, at 5:30 p.m. Anyone who would be impacted by the bond is invited to attend.

If the bond passes and grant is awarded, district officials are hopeful work could start sometime in the 2022-23 school year.

If the bond does not pass, the district still could apply for and receive the BEST grant funds. However, the district would not be allowed to use the funds until a bond is passed.

More details on specific issues the bond would go toward is available on the Peetz Public Schools website. People can also view a 2017 Colorado Department of Education report on the building here.