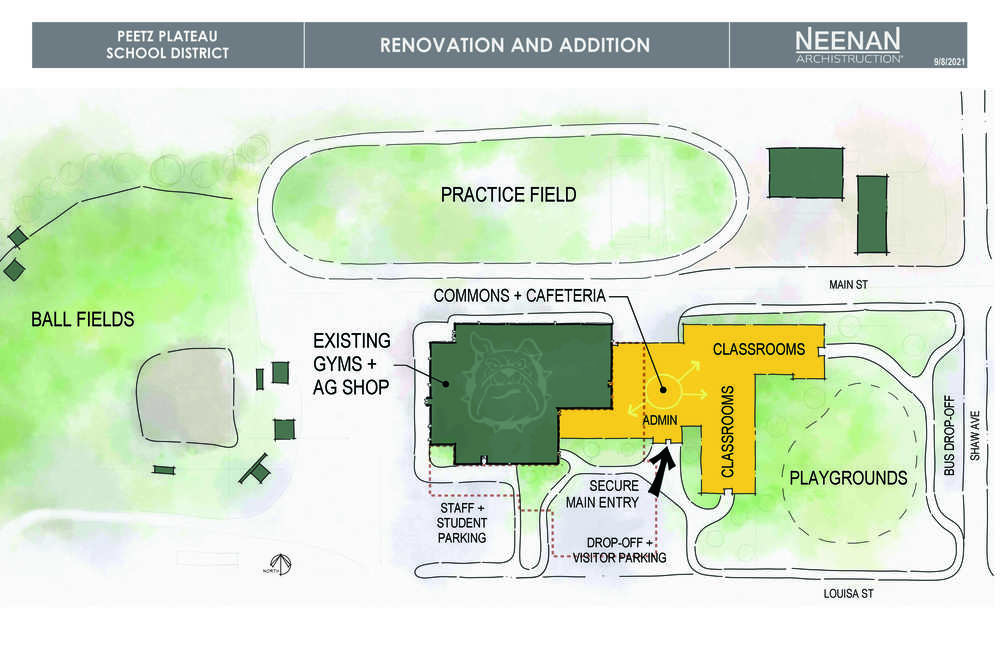 Peetz School District will ask voters in November to approve a $12 million bond to renovate, rebuild, and improve the district’s existing preschool through 12th grade school facility to meet current health and safety standards. On Saturday, during For Peetz Sake Days, community members were invited to tour the school and learn more about why the project is needed.

A flyer handed out by Neenan Company and NV5, who are assisting with the project, shows the specific question on the ballot asks voters to increase the district’s debt up to $11.97 million with a repayment cost of up to $19.2 million and to increase district taxes by up to $960,000 annually, with the increase in debt to occur only if the district receives a BEST (Building Excellent Schools Today) grant award. Funds would be used to construct a modern, Americans with Disabilities Act compliant, energy-efficient and technologically up-to-date facility to meet the educational needs of the district’s students and serve the community.

The district chose to seek the 20-year fixed bond first, because if it is approved the community support will give them a better chance of being successful in securing the BEST grant. The BEST grant application is due in February; if the district is not successful it can try again the following year, but Principal Mike Forster pointed out “the research that’s been done so far is our scope of our project aligns very well with what’s been awarded in the past.”

So why is this project needed?

“There’s been a lot of improvements, a plethora of times that we’ve built onto the school and if there’s one thing that educators and of course our maintenance guys have done is they cover up a lot of things and they try to make sure we’re just as comfortable and warm and welcome to our students as possible. So, a lot of this stuff when we just look at the surface we don’t see it, it’s when we really get underneath all of that, that we start to see some of our issues,” Forster said.

Throughout the tour he pointed out the poor acoustics between classrooms, which makes it harder to learn;  overloaded electrical circuits and inadequate power; aging mechanical and plumbing systems that are in constant need of repair, with those repairs becoming more difficult and more expensive to make; issues with snakes, ants, wasps and birds getting into the building; cold rooms and poor ventilation; ice and drainage issues around the building, along with multiple roof leaks; an HVAC system that is causing occupant discomfort in most spaces throughout the building; unsafe and unorganized pedestrian and vehicular circulation around buildings; areas such as the entrance to the music room and stage that are not ADA accessible; etc.

On the elementary side of the building, the classrooms are small and don’t have enough space to accommodate the growing number of students. The district was hit hard after Bass Pro took over Cabela’s in nearby Sidney, Neb., and moved jobs to a different state, and as a result, high school enrollment numbers are low right now. However, Peetz has a large number of families with younger children wanting to enroll in the district and is looking at increasing class size limits.

“Our elementary is overflowing, our high school’s a little on the lean side, to say the least, but I will say in two years we have the potential of growing by 20, just because we’re graduating smaller classes and we also have such a draw into our elementary that we’re looking to hopefully increase some of those caps in order to accommodate those. Ironically even 14 or 15 students and especially when we get in the second grade and first grade and kindergarten, our rooms are pretty limited as far as size goes, because again, education has changed a lot and the activity level needs of our students and that active learning process of our students has changed a lot as well,” Forster said.

Right now, the fourth and fifth grade classrooms don’t even meet state standards for 14 students as far as square footage.

Like the elementary classrooms, the preschool, which was one of the last additions to the school, in 2008, is too small and it also has draining issues, with water leaking into the classroom.

“It’s an amazing feeder program for our elementary and we have a strong pull for students in it. This year we turned away nine preschoolers because we could only bring 15 in,” Forster said, explaining that “with some changes with our preschool we’re going to be able to be back up to a large center with 16, but I’ll be honest, I don’t want to turn away nine more kids. And next year we’ll have these 15 that can return; I already have five on a waiting list.

He has a dream of someday having a minimum classroom capacity of 25, maybe 30.

He also addressed two new boilers that were recently installed. The school originally had six boilers, but that number had dropped down to two boilers that were each at 40% each efficiency and based on projections the school would not have made it through this winter on those two boilers. So, all six boilers were torn out and two high-efficiency boilers were recently installed, which could be used in the new building.

“We’re really confident that we’ll actually have heat this winter. How we made it through last winter I truly believe was a blessing,” Forster said.

There are also concerns about the main entrance. Right now, visitors enter through a vestibule and once they walk through that they are inside the building with easy access to classrooms.

“That’s one of our biggest complaints when you talk about security/access,” Forster said. “I can tell you I had an incident with a parent last year that we were fortunate to be out in the vestibule; I didn’t feel comfortable with that parent in the building, but as soon as they cross that door they’re in the building. The ease of access for them to be into my littles is always just a little scary thing and in the new design they’re separated enough but we’re still under one roof.”

Renovation/rebuild plans include building new classrooms that focus on acoustics, natural lighting, air quality, and incorporate 21st-century technology to support modern learners. To accommodate the new classrooms, the district is looking at expanding across Coleman Avenue and utilizing that lot, which would mean removing Coleman Avenue.

Not all classrooms would move through. The current design of the project calls for the ag shop to remain where it’s at, though there would be some improvements made to it, and the science room across the hall would move, leaving that room to become part of what’s being called the “CTE (career and technical education) wing.” The district would also like to keep and improve both gyms, because they believe it is fiscally responsible to keep what is working well and make improvements to include HVAC upgrades, ADA compliance and life safety upgrades.

The project would also include a secure main entry, with improved fire and life safety features, as well as a central commons and administration area; improved spaces available for community use; and separation of pedestrian, vehicle and bus traffic, and improved playgrounds with protection from the weather. 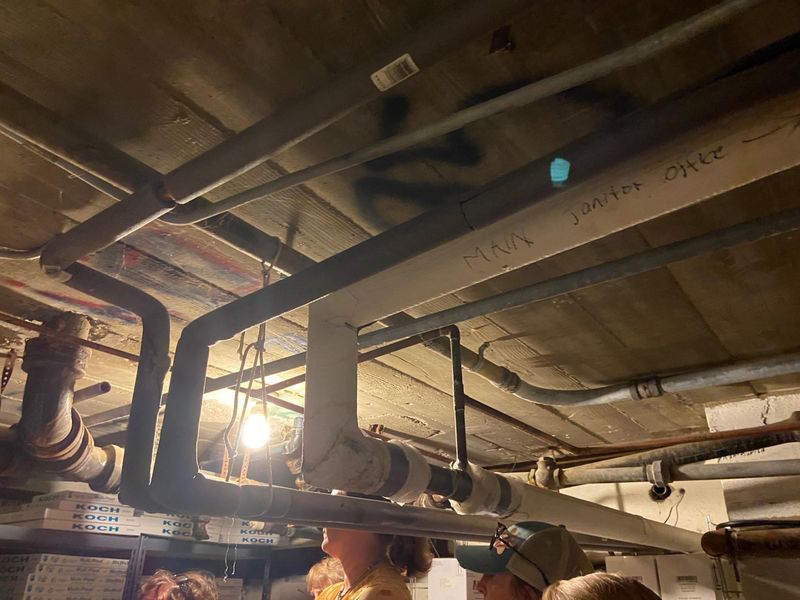 The plumbing system inside Peetz School is showing its age. It has reached the point where the cost to fix it is greater than the cost to replace the system. (Callie Jones/Sterling Journal-Advocate) 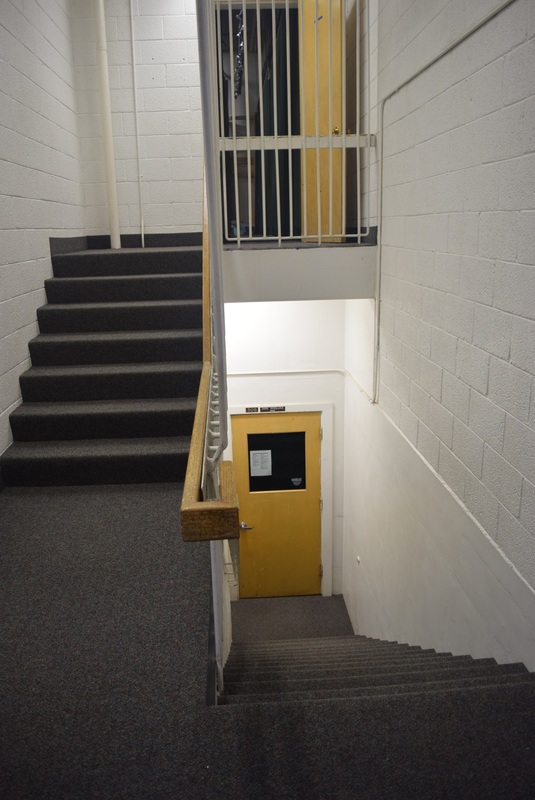 There is no ADA access to the stage, above, or the band room, below, at Peetz School. In one instance, band classes had to move to another location to accommodate a student in a wheelchair. (Callie Jones/Sterling Journal-Advocate) 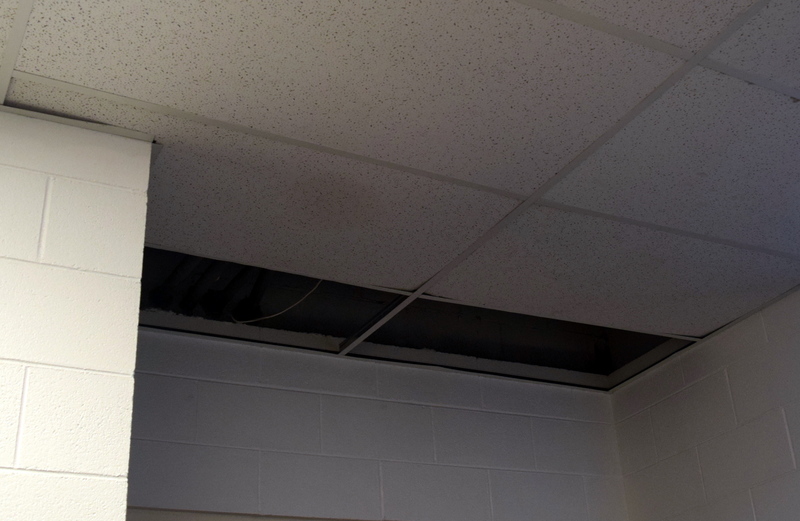 Ceiling tiles need to be replaced in some areas of Peetz School where roof leaks have caused damage. (Callie Jones/Sterling Journal-Advocate) 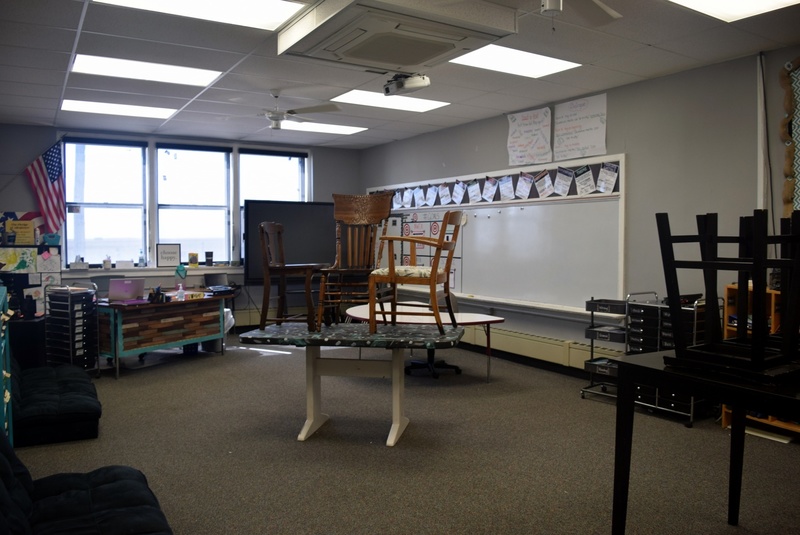 Classrooms inside Peetz Elementary are not big enough to fit the growing number of students that would like to attend the school. Right now, this fifth grade classroom doesn't even meet the state's square footage requirements for 14 students. (Callie Jones/Sterling Journal-Advocate)

More information about the building project, including a frequently asked questions page, can be found at www.peetzschool.org/page/building-project.

For more information regarding the Building Project visit https://www.peetzschool.org/pa...