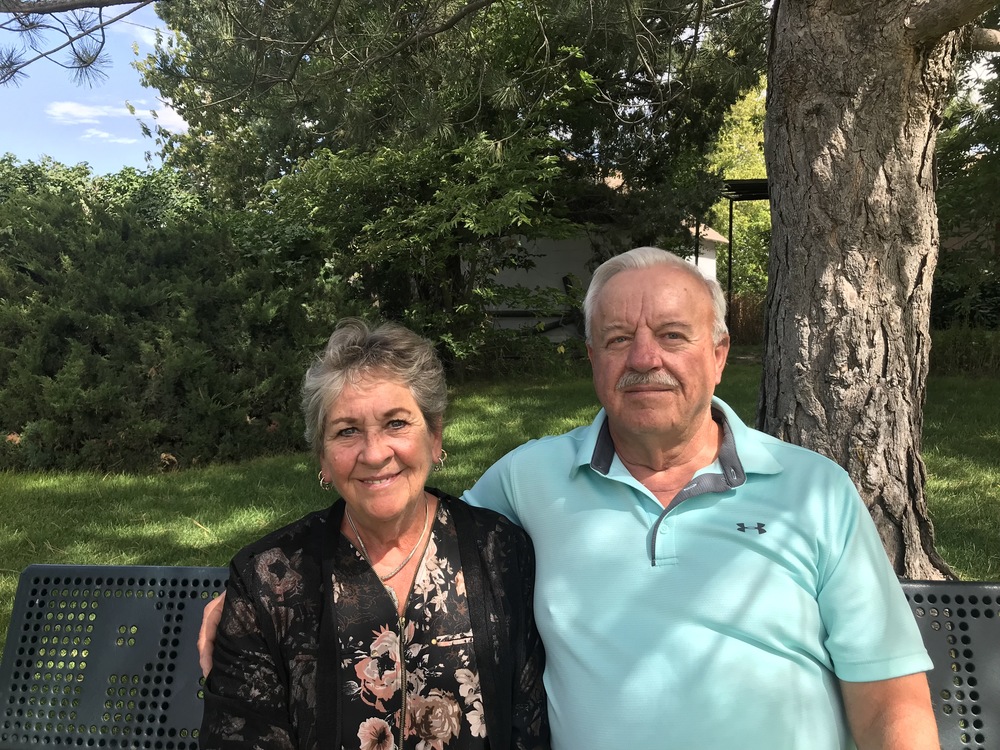 This year’s “2021 For Peetz Sake” Parade Marshalls are DENNIS AND ANN ROELLE.  They have lived all of their married life in the Peetz Community for over 46 years.  Dennis was born and raised in Peetz and graduated from Peetz High School.  All of Dennis and Ann’s children graduated from Peetz as well as two grandchildren.  Ann was born in Sterling.  Her family moved to Greeley when she was a sophomore in high school and she graduated from University High. After high school, Ann began working as a telephone operator at Mountain Bell.  She transferred to the Sterling office and through a co-worker met Dennis at a softball game.  They dated three weeks and became engaged.  After they were married in January of 1975 at St. Anthony’s Church they moved to the Hans Struve farm which lies on the state line. This farm has been called home except for temporarily moving to Idaho in 1976.  Dennis and Ann enjoyed their time in Idaho raising potatoes, but when Dennis had the opportunity in the spring of 1978 to run his own farm, cattle, and hog operation, they decided to move back home.  Dennis and Ann raised six children, Mark, JaNae, Jason, Jerod, Sarah, and Chris.  They credit their close family ties to living in their two-bedroom house.  Ann kept busy raising their family.  After their kids were older, Ann took on the job of cook at Lorenzo School.   Dennis was a bus driver for Lorenzo and Ann was his sub.  When the school lunch program was dropped at Lorenzo, Ann became a janitor and bus driver.  Sidney hired her as a bus driver when Lorenzo students started to go to Sidney to school.  She drove the bus for 26 years.  Later on, she started working for House of Flowers where she worked 14 years.    Dennis also drove the school bus for over 30 years enjoying taking the activity bus and following the kids’ sports events.  He also assisted in coaching the baseball team for a few years. Dennis has served in the Lions Club, Holy Name, Farmers’ Union.  Through Farmers Union, Dennis and Ann helped with the American Farm Project which was a program developing young leaders.  Ann has been in the Altar Society, Hill Toppers, and taught religion class.  When they could find time, they enjoyed the family camping and boating trips to Jumbo Reservoir as well as their honeymoon in Hawaii and family trips to Mexico.  Later on, they purchased a trailer on the south side of Lake McConaughy.  After 10 years of summer fun there, they decided to purchase a house on the south side.  They have been enjoying their summer home for 9 years.  Dennis and Ann’s family has grown to 13 grandchildren ranging from 1 ½ years to 22 years.  The three oldest are in Oregon, Michigan, and Missouri.  They say with a laugh, “We are still hoping for more grandkids – No pressure!”  Congratulations, Dennis and Ann!

For an up-to-date homecoming schedule, please visit this link.